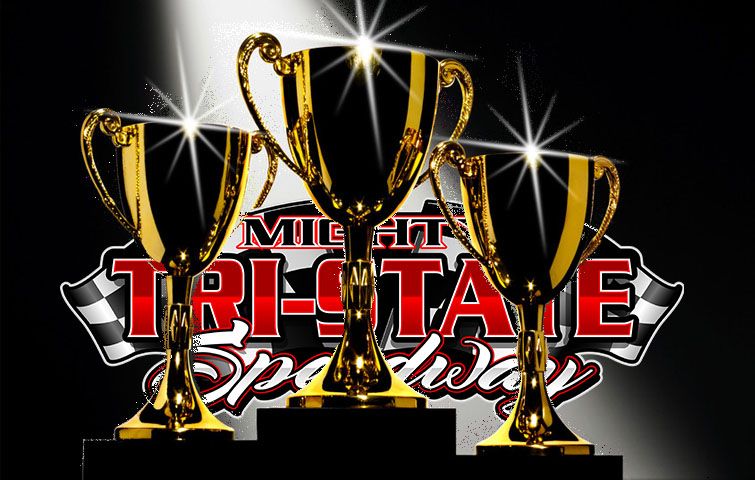 POCOLA, OK (August 11th, 2018) – The point racing action continued at the mighty Tri-State Speedway on August 11th, 2018. Mother Nature was a little more relaxed this weekend with temps in the upper 80’s and no rain. Another fast, wide and smooth racing surface was provided with three and four-wide racing during the A Features.

The pre-race ceremonies started at 7:50 PM with the invocation along with two cars presenting the American flag during the national anthem.

Heat races were determined by the driver’s draw at sign in. The classes advanced to their features heads up by their finishing positions in their heats and a random row invert draw for their A features.

At intermission everyone grabbed themselves some great food from the concessions along with an ice-cold Pepsi or Gatorade product. 50/50 money was also given away to one lucky winner as the remaining money went to the driver’s point fund.

No NexGen drivers were on hand, but there is still time to get racing this season with your own NexGen car. The NexGen class is an entry-level, low-cost, no racing experience class. You can find the simple rules on our website, at www.Tri-StateSpeedway.com, under Driver Info and then Rules. Blaise Leatherman (94L – Muskogee, OK) is the current points leader. 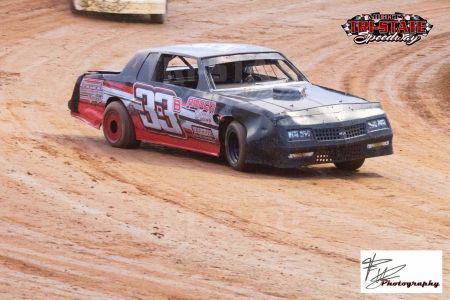 After intermission, the first A Feature on the track was for the Factory Stocks. Andrew Bohanan (33B – Stigler, OK) took his pole-starting position all the way to the end for his third win of the season over Wesley Bourne (5 – Cameron, OK) who started second. Justin Johnson (55 – Van Buren, AR) finished in third. Kyle Hamby (7 – Hackett, AR) sits at the top of the point standings with a 50-point lead. 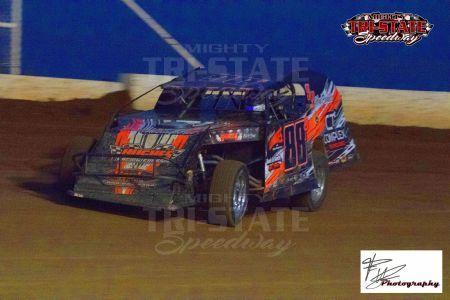 Next out onto the track, for their A Feature, was the Out-Pace USRA B-Mods. Hunter Byers (88B – Rogers, AR) crossed the finish line first for his second win of the season. Brian Williams (4$ - Fayetteville, AR) finished second after starting 15th. Brandon Wilson (4B- Fort Smith) finished in third. Wilson remains on top of the point standings with a 25-point advantage over second. 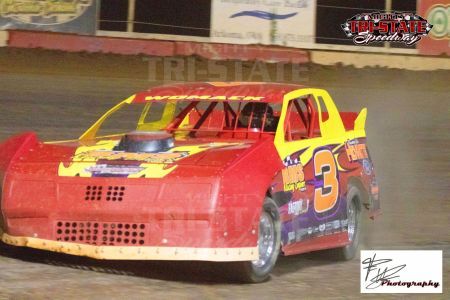 The Super Stock A Feature was up next and saw Danny Womack (3 – Bixby, OK) claim his sixth win of the season over Andy Milliken (25 – Greenwood, AR). H. Palmer (X-15 – Muldrow, OK) finished in third. Palmer remains the point leader by 10 points. 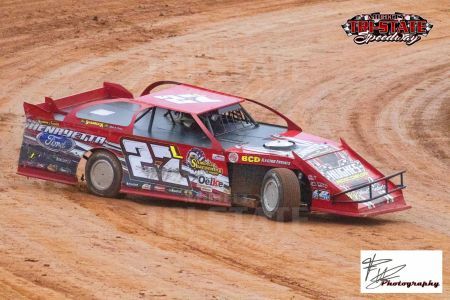 The next A Feature on the track was for the USRA Modifieds where Trevor Latham (27L – Rogers, AR) took the win, for the third time this season, over Lonnie Robins (33 – Alma, AR) and Brian Williams (26 - Fayetteville, AR). George Martin (15 – Fort Smith, AR) is on top of the points by 31 points. 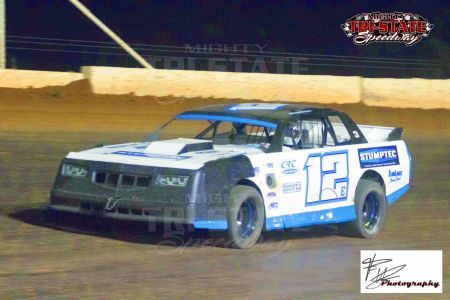 The last race of the night was for the ladies who procured themselves a race car to drive in the Powder Puff feature. In the end, Misty Sweeten (12E – Fort Smith, AR) took home the win over Shynia Drummond (22S) and Christy Drummond (22 – Cedarville, AR).

Complete race results can be found on our website under the “See All Results” link at the bottom of the Results menu page or by clicking here: https://www.tri-statespeedway.com/full-results?EventDate=8/11/2018&EventId=242670 Current season points can also be found under the Points menu link or by clicking here: https://www.tri-statespeedway.com/points

The next event for the mighty Tri-State Speedway will be on August 25th, 2018. Watch for more details coming soon! 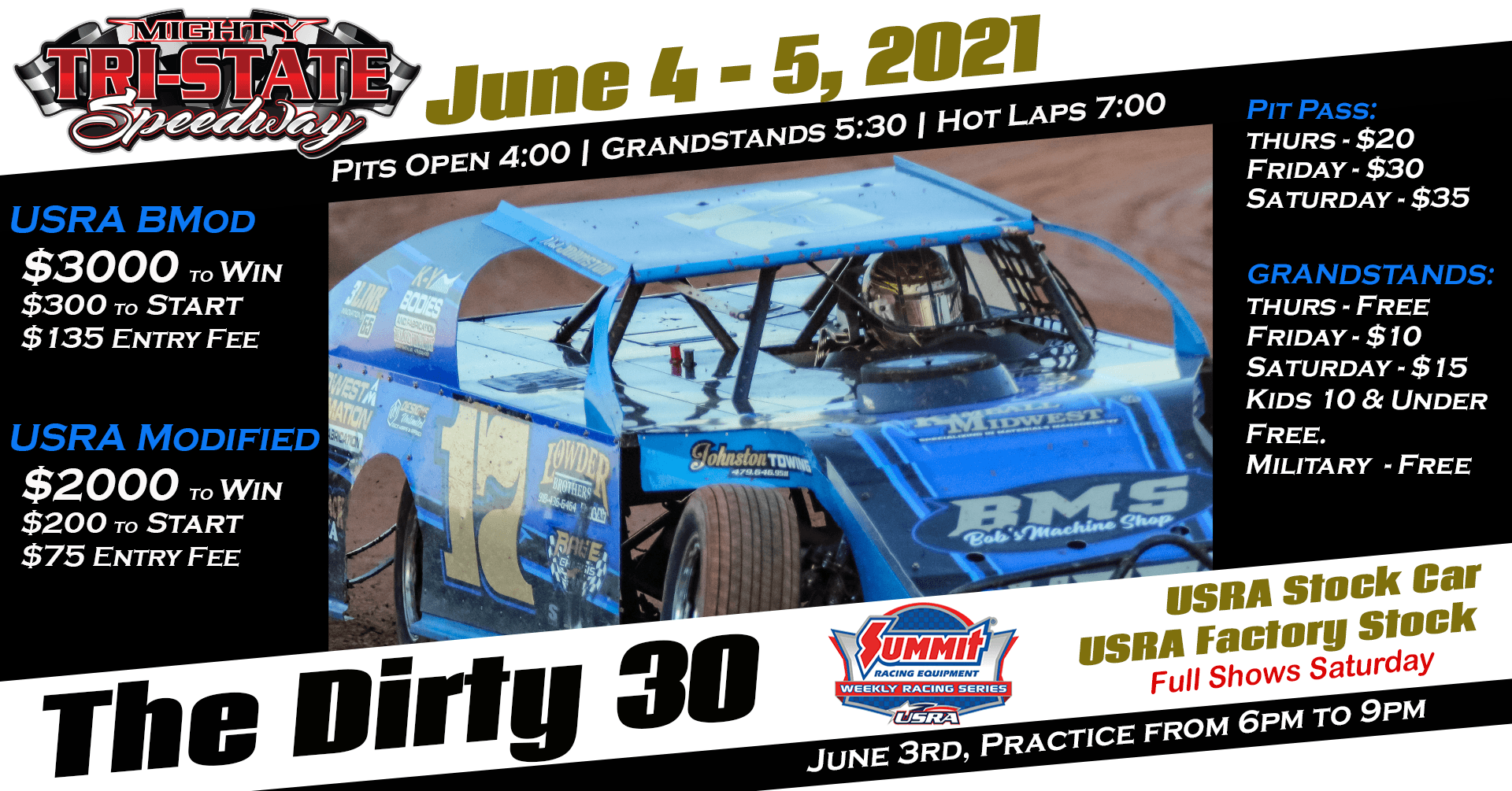 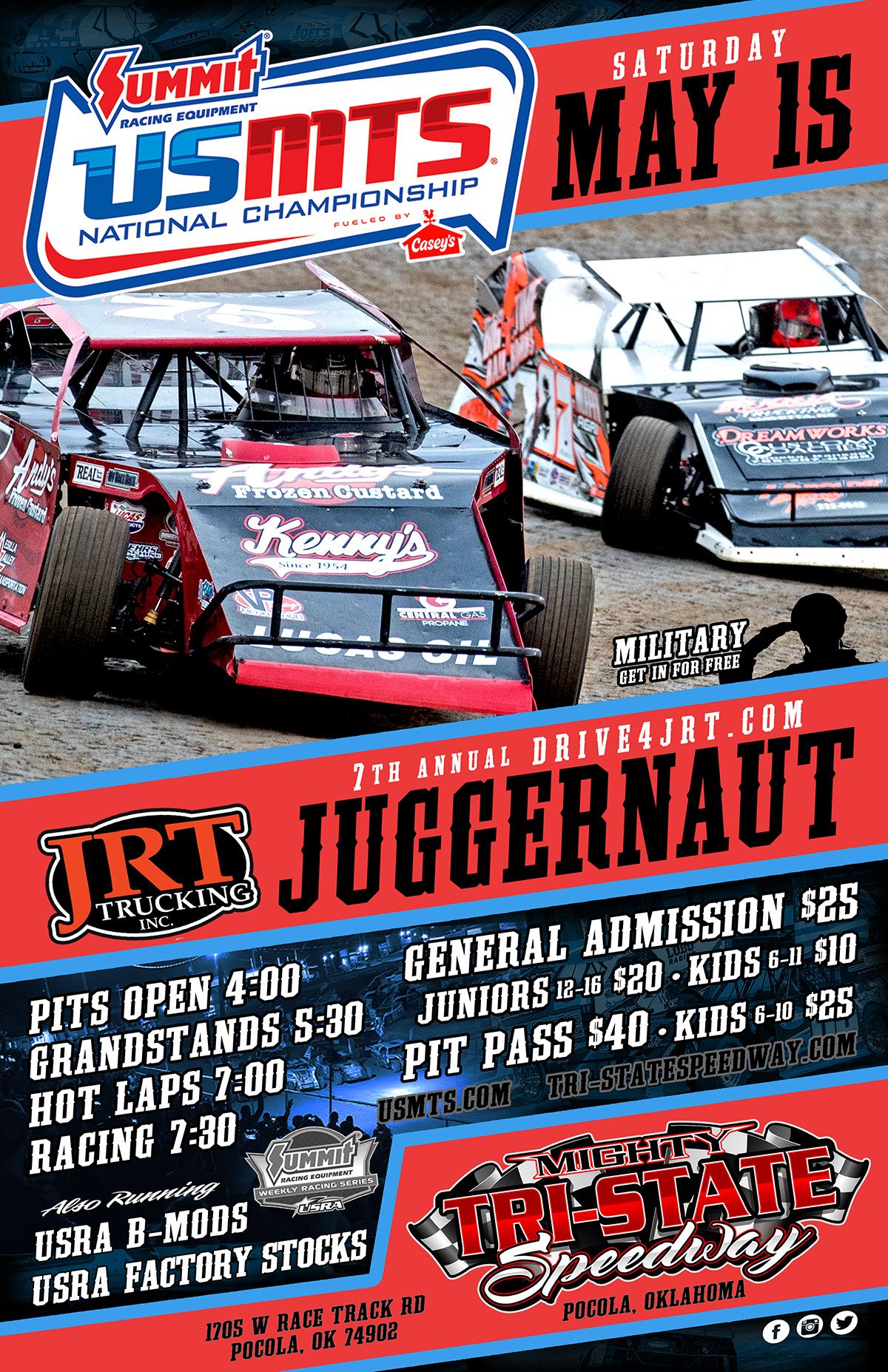 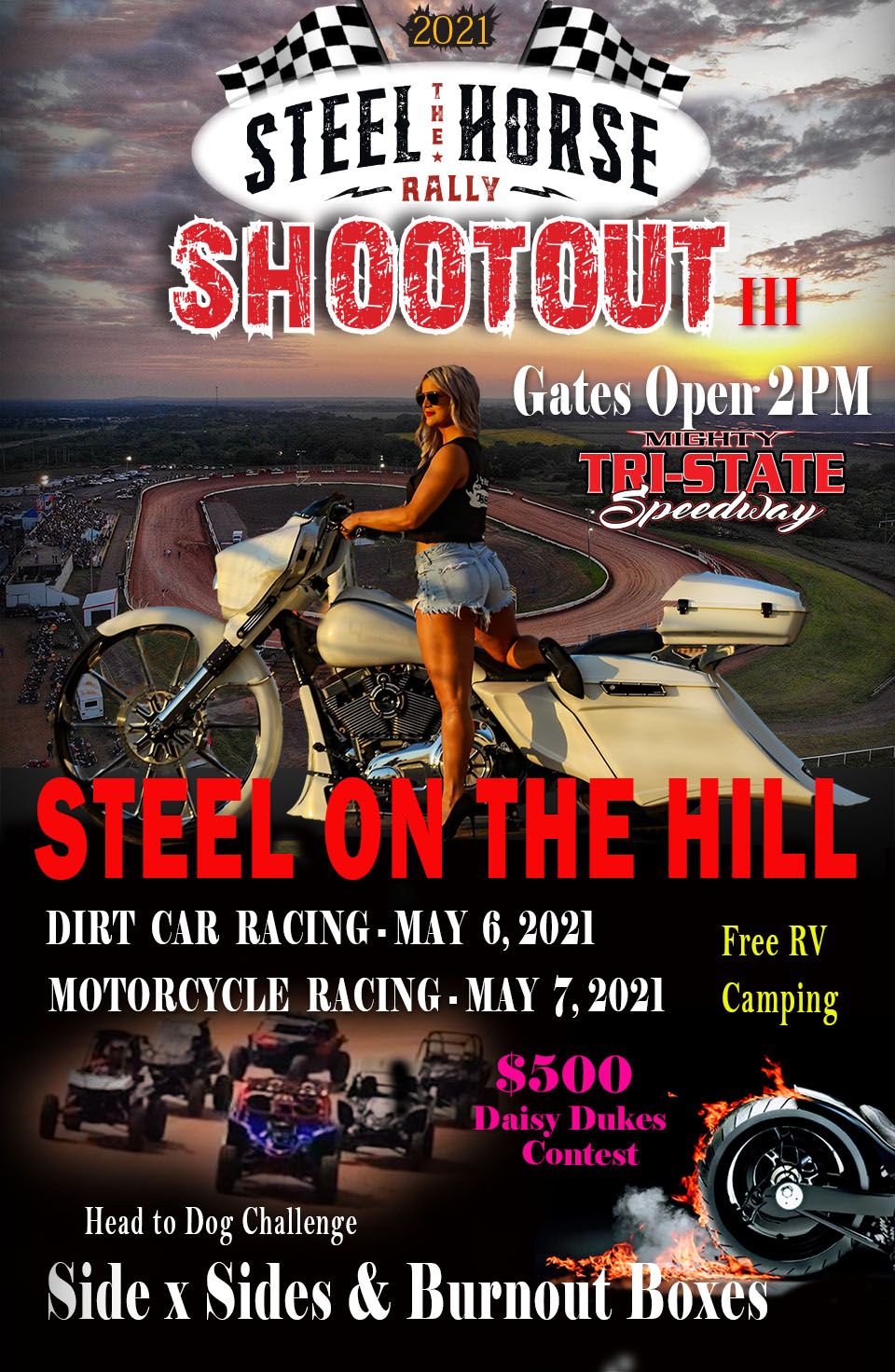 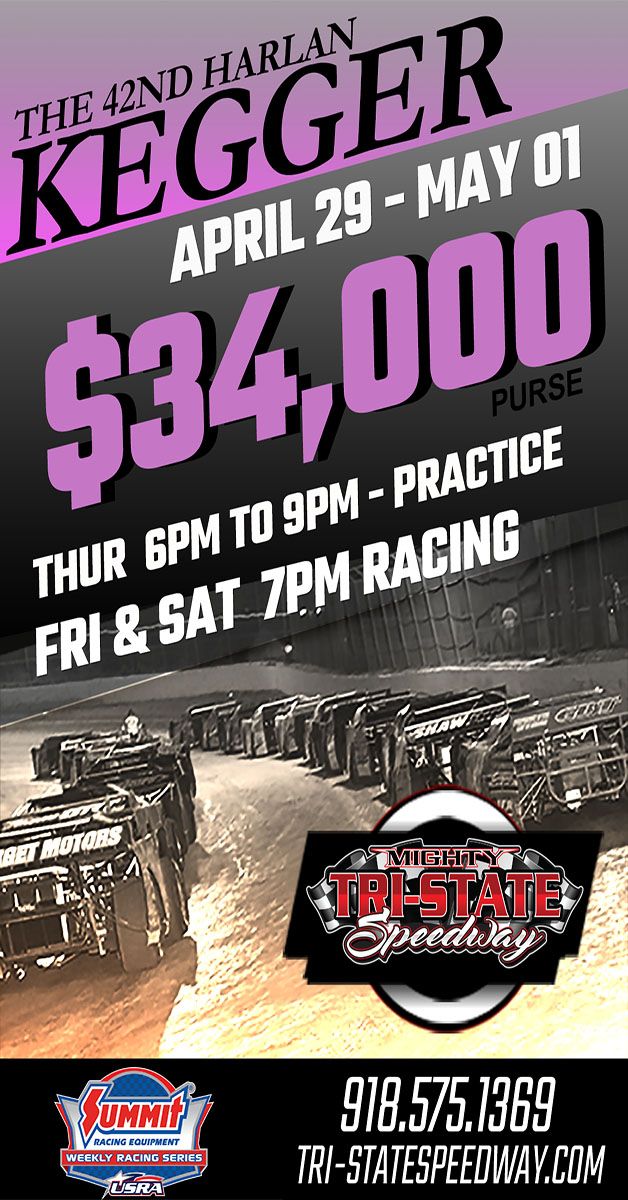